the corner of Puglia with the greatest contrasts and most varied landscape. The Umbra forest filters the sun’s rays to magical effect onto dazzling beaches, there are ancient villages, fantastic sea caves, ingenious fishermen’s huts on the sea rocks, the jewel-case Tremiti islands and the gentle peace of places of religious worship. 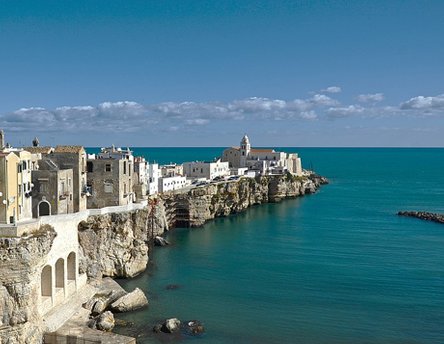 Vieste is the most important and famous tourist center in Gargano (Apulia).

It is also the most east-eastern city of the Gargano is also an ancient fishing center, whose oldest finds date back to the Bronze Age, and in recent times belong to the remains of the Roman Merinum in the North West of Vieste.

Vieste has an enchanting medieval hamlet that straddles narrow lanes and is made up of white houses, combined with striking boulders. Vieste is also dominated by a castle built by Frederick II in 1240, from which you can enjoy a marvelous sea view. Close to the cathedral, a remarkable example of Puglia's architecture of the eleventh century, there is the bitter stone, or "chianca", where pirate Draguth Rais was chewing the enemies. 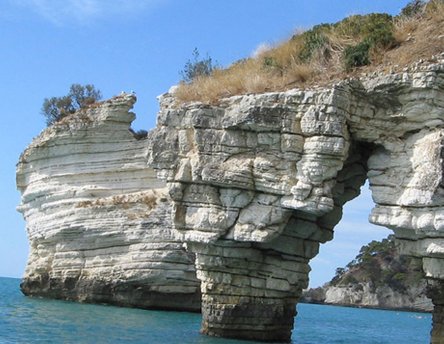 - the bay of the Zagare

- the Spontaneous Orchids of the Gargano